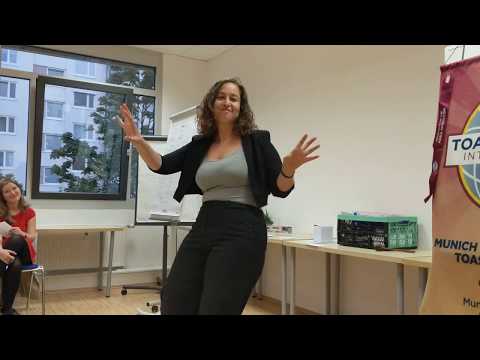 Wednesday. It is the first day I missed writing to my journal. Things going on in my mind: Here it comes, I missed another deadline, from here it starts, I never can keep a rhythm, I cannot develop a new habit, I don’t have the discipline…

Ok, what do I work for self love, what does all this complaint support? Nothing. I feel my pain. It is a loss. I love my part of me which lost but here we go. (I also missed the next day of writing and here I am on the third day writing for the previous two days.)

The main task of the day was preparing my speech for Toastmasters. For a moment I thought I would cancel my speech. It felt too difficult to write something now. This was the first speech of the new training manual “Engaging Humour” and I want all these speeches humorous. The first speech of every manual is “ice-breaker”. You make a speech that is about you and you break the ice with the club. I wanted this to be also stories of me that are funny. I came up with a few stories I thought were funny but they were all from my childhood.

There was nothing I could remember as funny from recent times. We went out in the morning and I asked Fabio about it, he also could not remember. I thought to myself – am I living such a serious life? It was a great decision that I chose this path then. (We saw a sweet squirrel on our way) 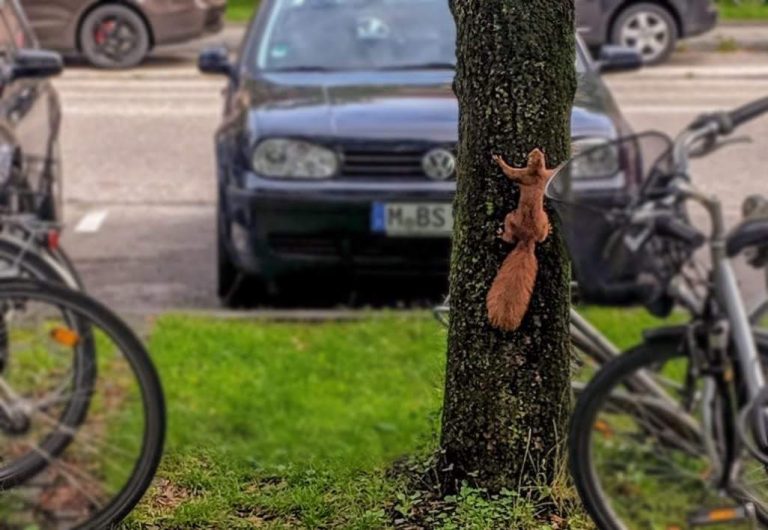 And when I came home and started writing, I remembered. The story from our recent holiday! How everyone could do it and I could not! I would connect it to another story and bam – this was who I was till now – but I will be someone else. I liked the speech I wrote, it was also working in terms of time. But one thing was missing, I wanted to have a trio and I wasn’t finding the words. So I reached out to my mentor for help. I sent him my text. He was not impressed.

He told me he was waiting for a twist in the story and it was not happening. And two stories were not supporting each other. I should choose one of those. He suggested me to imagine and add a twist. I did not like the idea. My purpose was to be fully myself. Not to tell made up stories just to speak! The first story I had was a bit too intimate and I also liked the idea of making the audience uncomfortable so I wanted it but I understood his idea about the twist. I did not know how to write jokes and this was also another reason why I was taking this path. He said he trusts me, that I can write it again and have the twist. Could I ?

It was 3 pm already and we were going to go around 4:30 first to have an early dinner and then set up the place. I sat down, cancelled the first story and rewrote the second story. It worked! There was a bit more acting now but I liked it. Here is the result.

I also have a version from the real life speech, which is here: https://youtu.be/3qg2zzJ9UYo

We had a great night again in Prostmasters. The agenda was not filled before the beginning of the meeting, we had available roles. But then we filled them all with the people coming.

Before going to the meeting I had asked Fabio if he wanted to take any role, he said no, he was not very motivated. I told him “Motivation comes with action, take some role you will be motivated”, he said he would see. Then at the place, he took the marker and started writing the agenda to the board. He filled some roles. And then one of the Toastmasters who wanted to be the Toastmaster of The Evening last time but could not make it walked in and I asked him if he wanted to take the role tonight, he said yes. I went to tell Fabio and I saw he had written himself next to Toastmaster of the evening label. I said I am sorry I thought you did not want any role. He had actually wanted in the end, he was preparing the night. I assumed. Thank you for the lesson life.

Fabio had scheduled an online meeting at 9:45 which meant we had to go at 9:00. When it approached to 9 I saw him very impatient. He made eye contact with me saying we have to go. I still had to fill the roles for the next meeting and ask the guests what they thought of the club. One of our guests spoke quite sometime about what he was taking with him, Fabio couldn’t sit still. I told him he could go, so he did. I talked with some guests who wanted to become members, in the meantime everyone left. Luckily one of our friends was there and she asked me if she could drop me somewhere with her car. She asked me where I was living and to my luck we were both living in the same region. So I got a car ride to close to my place and had a wonderful chat too. Thank you life for the gift.

That was the Wednesday.