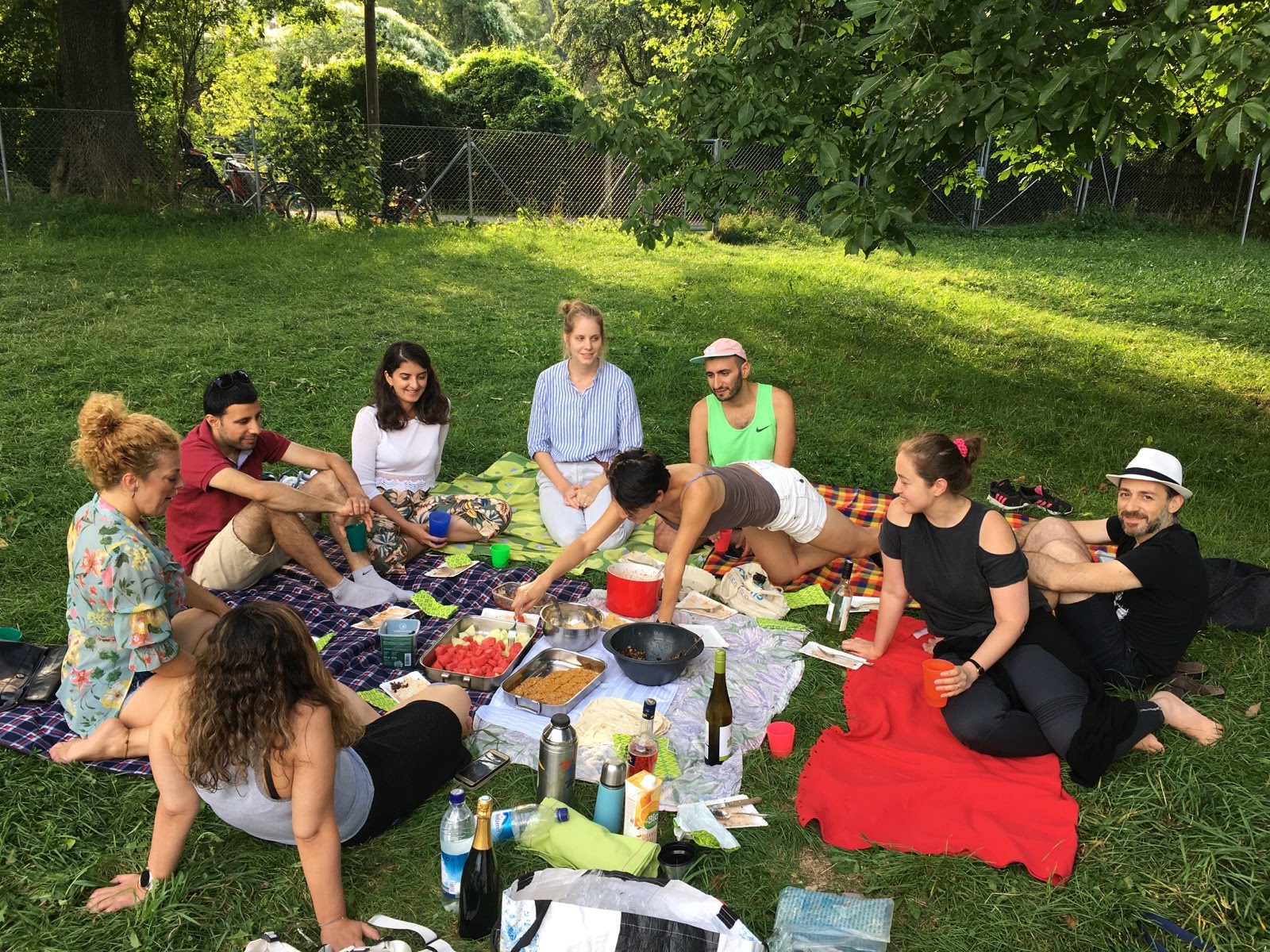 Today I tried something new in the gym. I focused on a spot on the floor. It is actually also the first time I noticed the floor. It is wood and it has a beautiful texture. It has round spots like an eye and then circles around it. While we were doing the exercises I looked at this eye and circles. I was relaxed, I felt my body, I could stay at the exercise longer. It felt really good. It felt like a meditation.

I increased the weights too. I saw that my back got much stronger, so did my arms and legs. It is beautiful to feel this.

After the gym we were very hungry and tired so we treated ourselves with the brunch at the restaurant close to our place. It was a bodybuilder’s brunch. I had eggs, spinach and broccoli whereas Fabio had what i had plus meat on top.

I was stuffed at some point and gave a break. I read from my book, the book of Amanda Palmer. And I laughed and I cried and I laughed. What a wonderful book!

We came home, I continued reading and then my eyes felt heavy and I fell asleep on the couch.

When I woke up it was 2:30, even 3. Fabio had a shower because we were going to go to the birthday party of a friend. I also had a shower and we left.

The birthday was in a park in between houses. It felt like in the middle of nowhere but it was in the center of the city. It was a great gathering with beautiful conversations. My friend is an artist and I told her about Amanda Palmer, her book and her philosophy. He said he also wanted to do a kickstarter. I said she started with the emails. He said yes I should also do that. I could totally see him doing that.

During the picnic I spent some of the time on my knees where everyone else was sitting. They asked me why. I said first, it is easier to reach to food, second, my pants are tight and I don’t want to have the trouble of sitting down and getting up. There was a laughter. But it was the truth. I was happy I fit into these pants. I wasn’t before. And I had gotten them from the flea market for free. They were lovely! 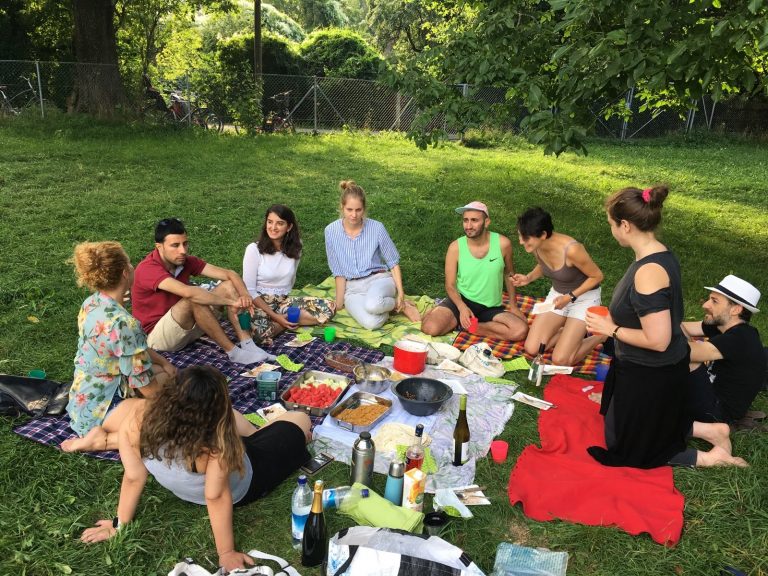 We got home, I was a bit tipsy and I was late for my phone call.

I had a coaching call. One free call that I offer for gathering information. And my client was a wonderful lady who graduated from my university and who lived in Netherlands. She was aware that what she did for work was not something she would do if they did not pay her and it would be great to do thing she would do for work even if they did not pay her. She wanted to know what it was and she wanted to know how I help someone find that.

We had a nice chat, it was not a proper coaching session. I told her what i believed and how I worked, I asked her what she loved and what she did not. She actually had a clear idea of what she loved. It was writing. I was curious about what stopped her from writing. She said actually nothing stopped her. she just gave her energy and time to other things like work, her child and her sickness. She imagined to reduce her work days to explore the writing world more, to write one day of the week and talk with pressing houses. I told her about this experiment. And told her I could share, she said she would love to read although she is into Turkish, she reads and writes in Turkish. If you are reading this I salute you with all my heart and hope I can also write what you read!

I felt very privileged to talk with this lady, I feel so privileged to connect to beautiful people through my work. Connecting is wonderful. I wish all of you heart to heart connections as much as you want!