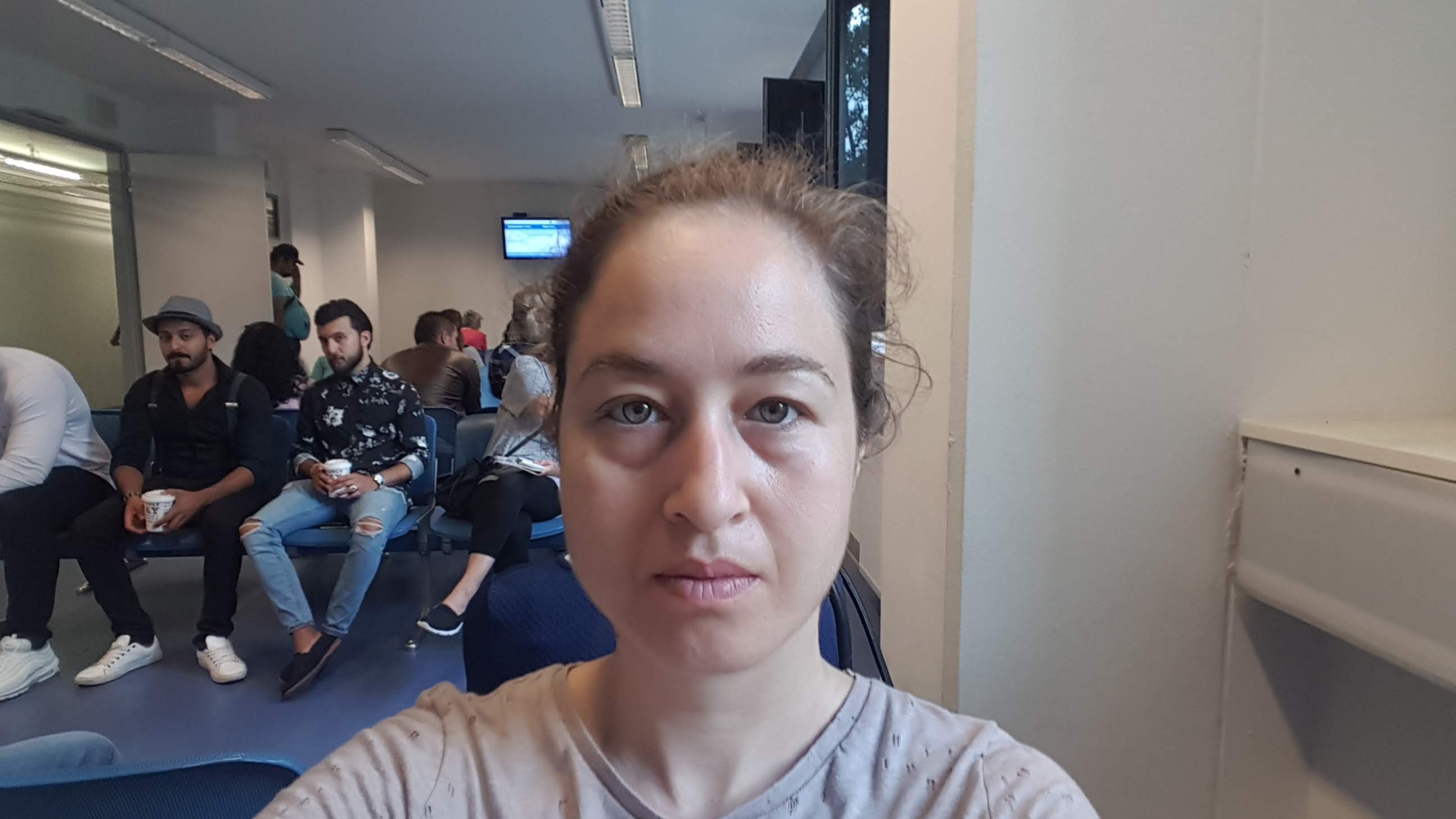 Oh yeah, my regular tired Thursdays… My alarm clock rang at 6 am but I … I definitely wasn’t going to wake up at that time…It was 8 when I did. Shoot! I was going to go to KVR, the foreigners’ office to take my residence permit today. I quickly got dressed, gathered my documents together. I was telling Fabio “you give food to cats” he asked me if I wanted coffee. I said “yes, quick”. In the meantime I gave food to cats, cleaned their litter, and Fabio was still cleaning his machine and smashing coffee, I think it took him 10 minutes to make me an espresso. I told him “I told you I needed quick, I am late”, he said “Relax baby, you will do it.”. I was very tempted not to go, I would wake up early tomorrow and go there before they open the office. And then I said “what if?” and went.

I took the U-bahn and had to get on a bus. The bus was in 6 minutes, I was outside, there was a nice breeze and I felt very alive. There was “Roadtrippin with my two favourite allies…” song playing in my head and I started moving, exploring movements of my hands. Then I stretched my legs, I wanted to dance, but I kept itsmall with the hands and arms only (internal social pressure). When I got on the bus, I heard a guy talking on the phone in English. He was telling that the municipality office that I was heading to was going to move to a new location close to his place. I did not know that it will move. I wanted to turn back and tell him “I just overheard you speaking about the office, where will it move?” but then I stopped myself (internal social pressure). I thought he might think I am not respectful of his privacy or he might think I use this question as an excuse to meet him and hit on him or he would hit on me. So many prejudices, assumptions in my head.. and I could hear these sentences with particular voices, voices of people in my life. But I am not them, I am me. I should have gone ahead and ask. Whatever happened, I could manage. And in the best case, i could make someone feel better, feel connected and sate my curiosity.

When I arrived to KVR and went to the location where residence permits are handed, I took a waiting number from the ticketing machine. I noticed there was another number on the top of the machine that had today’s date. It was three numbers less from mine. So I took it too. The numbers on the board was appearing one after the other but without a proper order. I thought if this other number I took would appear, would I get up and go to the room? No. Because it might be a number for the other applications. There were three buttons on the ticketing machine, who knows which one of them that number corresponded. I put the number in my bag and in 5 minutes this number flashed on the board. I did not go. 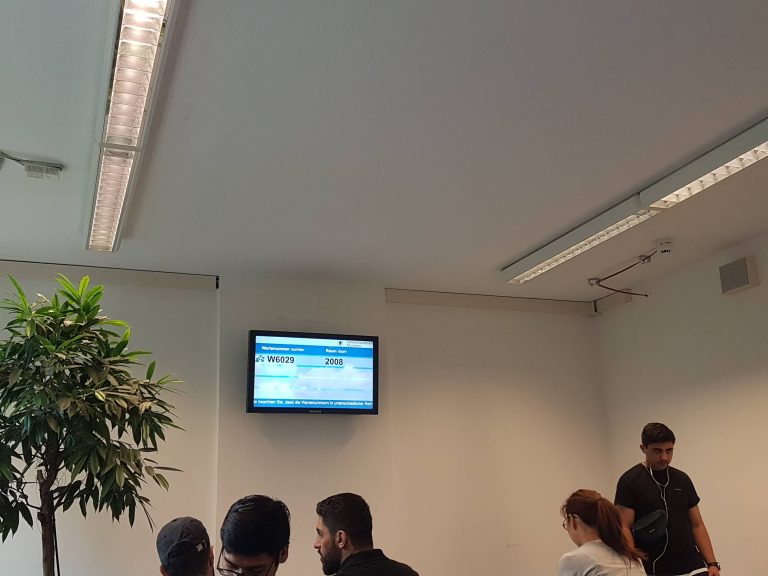 I waited 1 hour and finally got my card. Yes, I now have unlimited residence permit in Munich, yes!

Now I was hungry like wolf and wanted to try the restaurant that had breakfast buffet. I decided to walk there taking the risk that by the time i arrived, the breakfast might finish. But walking was more important. It was my celebration.

I passed from Theresienwiese where Oktoberfest is held every year. The tents were being build and nearly 60% of the work was done. I saw a worker – or working site manager with lederhosen and traditional hat. I thought this only happens in Munich.

I also saw the canteen. I had learned this from a colleague in my first year in Munich. They build one bar for workers of Oktoberfest construction. They have the fresh beer here. I was wondering where it was located and so I found it. It is kind of a secret and I feel giddy about coming here. I will ask Fabio if we can. 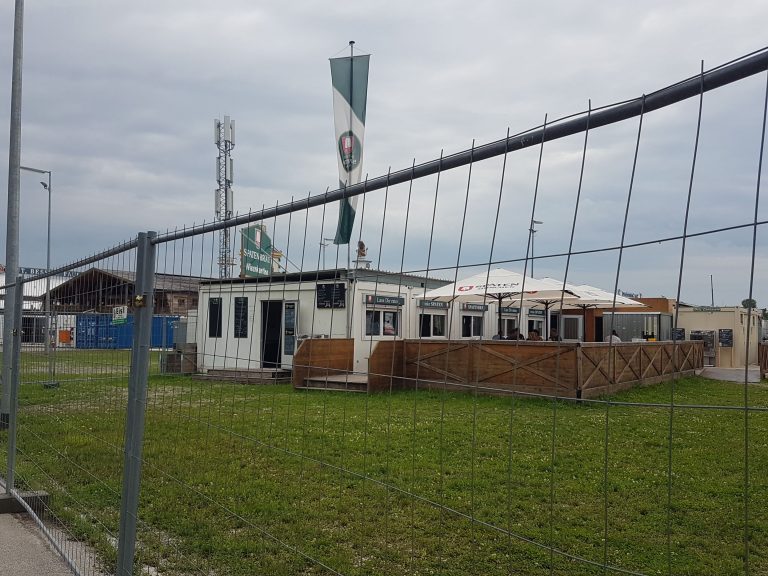 While I was enjoying my breakfast I got a message from a friend that I hadn’t seen for a long time. She said she is coming to Berlin and she will also meet another friend. Would I also go? I got her dates, checked my calendar, check the transportation possibilities, checked with Fabio and bought my tickets! Yayyyyy! I got very excited. It is my first solo travel since some time. I will travel 7 hours with the bus. I will stay in a hostel. What an adventure! And I will see my friends. There is so much to talk! (The hostel I booked is “The Hitchhiker’s Guide to The Galaxy” themed, wow!)

After my breakfast I stopped and watched this beautiful dance of balls. They all swing in their own power, some swing higher, some lower, at some point they get into one line and then again they separate. It is a very nice reminder of life, human and everything. I loved it.

I worked a bit in the shopping mall but I wasn’t so much in the mood. I realised I did not like the atmosphere of this place . I decided to walk. I had beautiful sights on my way.

My way passed in front of a school and there are beautiful paintings of children on the wall. Here are my two favorites.

I settled in a cafe after my walk to work a bit but realized that I was dying to get some sleep. So I headed home to get some and this was pretty much my day 12.